DO NOT TRACK OPTION

The Federal Trade Commission released its much anticipated staff report on privacy following its 2009-2010 privacy round-tables with all attention going to its call for a Do Not Track (“DNT”) System.  Unlike earlier DNT proposals which called for a registry system, the FTC is instead calling on browsers to implement a DNT mechanism. No such browser currently has that capability and some have questioned its feasibility.  Mozilla, however, already is exploring such an option for its Firefox browsers.

The FTC currently does not have the authority to mandate a DNT regime, but FTC Chairman Leibowitz indicated that legislation will be required if “industry doesn’t step up to the plate.”  One inherent problem in legislating technology over conduct is that technology is quickly outdated and the browser will soon be replaced by other mobile platforms.

Republicans (who will control the House next year) were skeptical.  Rep. Steve Scalise (R-LA) stressed that “our first step should not be finding ways the government can regulate the Internet.”  Republican FTC Commissioner William E. Kovacic argued the DNT proposal was premature and that the FTC “needed to present “greater support for the proposition that consumer expectations of privacy are largely going unmet.”  Even Commerce Department official Daniel J. Weitzner urged caution.

Aside from the DNT proposal, the report set forth three key privacy principles that should form the basis for a privacy framework moving forward:

The Commerce Department’s (“DOC) Privacy Task Force will soon be issuing its own report, which is expected to recommend baseline privacy legislation along the lines of Rep. Boucher’s (D-VA) proposal earlier this year (who was defeated in November after 14 terms in the House).  Privacy hawks are critical of DOC’s role in running the EU Data Safe Harbor Program and believe the FTC should take the lead on privacy. 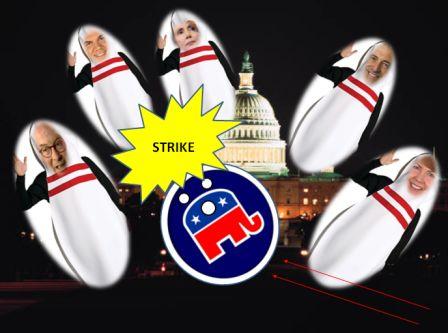 The Republican takeover of the House, has led to an intense ideological battle over who will be chair of the House Energy & Commerce Committee in the new Congress.   The outcome is not expected to have much of an impact on privacy legislation which is generally perceived as bi-partisan (although Republicans may take a particular interest in the topic as a means to punish pro-Democratic Google and Facebook).  Privacy will be an issue on both sides of the Atlantic in 2011, as the new EU Justice Commission Viviane Reding has indicated that she will introduce an overhaul of the EU’s privacy laws that will address behavioral targeting, call for a ”right to be forgotten” once a user quits a web service and revisit international data transfers.