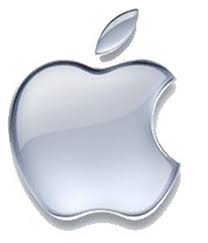 The U.S. antitrust laws are based on a few key principles, one of which is that competitors may not work in concert to set prices.  In the Justice Department’s investigation into e-book pricing,  it found that publishers frustrated with Amazon’s low pricing turned to Apple and  Apple offered an agency pricing model in which the publisher sets the price and Apple got a percentage.  After reaching this agreement with Apple, the Publishers then jointly turned to Amazon with a take it or leave approach.  Within two weeks pricing rose between 14.2% and 42.7% across the board for all Publishers.

The Justice Department reached settlements with the major publishers, but Apple refused to settle.   Now a New York federal judge has found that

Apple seized the moment and brilliantly played its hand. Taking advantage of the Publisher Defendants’ fear of and frustration over Amazon’s pricing . . . . [i]t provided the Publisher Defendants with the vision, the format, the timetable, and the coordination that they needed to raise e-book prices.  As described above, Apple, quite simply, did not want to compete with Amazon on price. . . .