One of Silicon Valley’s top legislative priorities has been addressing patent trolls.  In the last few days there have been major developments on this front in both Washington and at the State level. 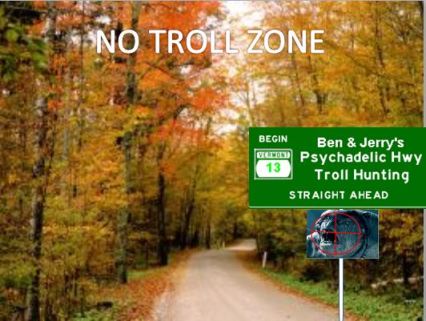 The first shot in the battle over trolls was fired in Vermont, as the Green Mountain state ,which is where the nation’s very first patent was issued in 1790 to a farmer with a new process for making potash and actually has the highest per capita number of inventors.  In May, Vermont passed a law enabling courts to require a bad-faith patent plaintiff to post a bond to cover the litigation cost and to permit a right of action for bad faith demand letters asserting patent infringement with punitive damages of up to $50,000.  The day the law went into effect, the state’s attorney general filed the first lawsuit against under the new law against MPHJ Technology Investments, a notorious patent troll that had sent hundreds of demand letters to small businesses seeking $1,000 per employee for their claimed patent on the process for scanning documents into an email.

Then other states followed Vermont’s lead:

In August, the Minnesota Attorney General Lori Swanson became the first state Attorney General to enter into a consent degree with MPHJ Technology Investments under which it agreed to cease further trolling in Minnesota and pay a fine of $50,000 per “license” issued in state.

Yesterday, the New York State Attorney General Eric Schneiderman announced a consent decree with MPHJ barring it from further trolling in New York and requiring it to repay all settlements collected in the Empire State.  In addition, the Attorney General issued guidelines for other patent-rights holders that they must “reveal their true identities when making demands” and make a “serious, good faith” effort to determine whether a business actually infringes a patent before sending a threatening letter (see excerpt below).

In June 2013, President Obama announced  his administration’s initiative against Patent Trolls, citing the fact that

the number of lawsuits brought by patent trolls has nearly tripled, and account for 62% of all patent lawsuits in America. All told, the victims of patent trolls paid $29 billion in 2011, a 400% increase from 2005 — not to mention tens of billions dollars more in lost shareholder value.

The Federal Trade Commission’s investigation apparently was proceeding intently and was about to result in lawsuit against MPHJ for deceptive business practices but MPHJ took the unusual step of  suing the FTC, Commissioners Ramirez, Brill and Ohlhausen as well as Jessica Rich, the Director of the Bureau of Consumer Protection first – just as they had done in Nebraska.  The complaint filed yesterday claims that the FTC’s proposed claims would

violate MPHJ’s constitutional rights, are in contradiction to applicable federal law, in particular the federal patent law, are contradicted by the relevant facts, and are in disregard of the law establishing that the FTC has no authority to regulate or interfere with the patent enforcement activity at issue.

In December, the U.S. House of Representatives has passed H.R. 3309, the “Innovation Act” which would give courts greater ability to rein in patent trolls and require that judges  award attorneys fees to victims of frivolous lawsuits (see summary below) by a vote of 325-91.  The Electronic Frontier Foundation  (“EFF”) called the bill the best “troll-killing legislation yet”.  The bill is now before the Senate and passage is considered likely.

While these are promising developments for Silicon Valley, patent experts claim that while the Innovation Act addresses certain “bottom feeder” practices, there remains the problem of  very broad low-quality patents used by patent trolls.  On Friday, however, the Supreme Court announced that it will review Nautilus v. Biosig Instruments to consider the Patent Act’s requirement that patent claims must be clear and distinct. In that case, the Federal Circuit overruled a lower court determination that the application involving a design that involved a “spaced relationship” between the electrodes. was “gibberish” as the term “spaced relationship did not tell me or anyone what precisely the space should be. . . . Not even any parameters as to what the space should be.”  In their amicus brief to the Supreme Court, the EFF asked the court consider using such a vague standard for real property disputes.

A developer wishes to build a hotel by a highway, and is searching the records of deeds for a prospective plot of land. The search reveals a recordation of an easement stating in part, “the western boundary is in a spaced relationship with the highway.” What can the developer do? “Spaced relationship” could mean a foot from the highway, or a yard, or a mile. The developer could guess at the meaning, but a wrong guess could render the entire investment in building the hotel a waste. . . . Such ambiguous descriptions of the metes and bounds of real property would never be tolerated, but for years the Federal Circuit has tolerated equally ambiguous descriptions of the metes and bounds of patents.

Is Time Running Out on Affiliate Marketing Patent? 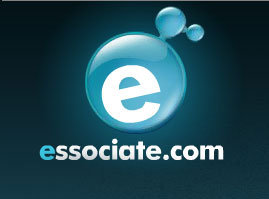 With the climate clearly changing, one patent drawing attention is essociate’s affiliate marketing patent.  In 2004 the U.S. Patent and Trademark Office issued a patent to essociate for method, system and computer program for “a method, system and computer program for affording Virtual Affiliates access to an existing affiliate system.  Since 2009, essociate has filed over 20 patent suits, including four this year against Clickbooth, CTD Network, NDemand Affiliates and Rex Direct Net. In 2011, Pace Lattin, one of the top affiliate marketing authorities as publisher of  Performance Marketing Insider, wrote quite dismissively of the essociate claim stating that

essociate has one purpose: to destroy as many companies, rake as much cash right now before the laws change that make these type of claims bull****.

Is that day fast approaching? Is that why two of the lawsuits were filed in December?   That will be the topic of Wednesday’s Cyber Law and Business Report.