President Obama’s speech outlining modest reforms of the NSA did not go as far as his White House task force recommended (see Verge report card comparing the two).   While the President got a favorable review from Capitol Hill, the response from the tech community so far has been “meh”. 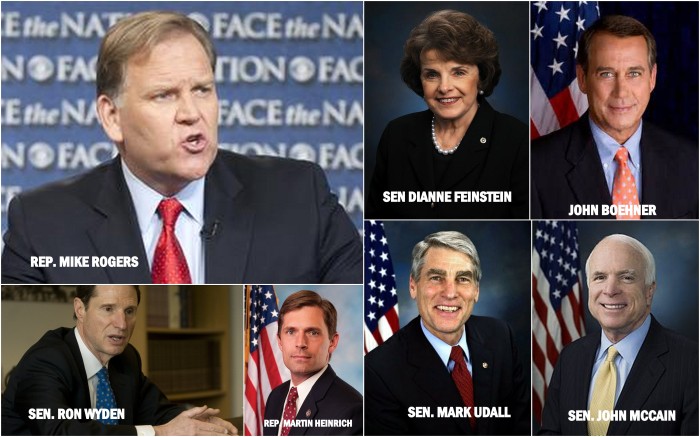 President Obama said today that U.S. intelligence programs have ‘made us more secure’ and that nothing indicates that our intelligence community ‘has sought to violate the law or is cavalier about the civil liberties of their fellow citizens.’ We agree and look forward to working with the president to increase confidence in these programs.

We have carefully reviewed this program and have found it to be legal and effective. And for seven months, both the House and Senate intelligence committees have developed legislation to provide additional safeguards on the program, while keeping the data where it is most secure and effective. … We encourage the White House to send legislation with the president’s proposed changes to Congress so they can be fully debated

Because the president has failed to adequately explain the necessity of these programs, the privacy concerns of some Americans are understandable. When considering any reforms, however, keeping Americans safe must remain our top priority. When lives are at stake, the president must not allow politics to cloud his judgment.

Because the president has failed to adequately explain the necessity of these programs, the privacy concerns of some Americans are understandable. When considering any reforms, however, keeping Americans safe must remain our top priority. When lives are at stake, the president must not allow politics to cloud his judgment.

After the long push to rein in overbroad surveillance powers, we are very pleased that the president announced his intent to end the bulk collection of Americans’ phone records. Ending this dragnet collection will go a long way toward restoring Americans’ constitutional rights and rebuilding the public’s trust. Make no mistake, this is a major milestone in our longstanding efforts to reform the National Security Agency’s bulk collection program.

We also believe that additional surveillance reforms are necessary, and we will continue to push for these reforms in the coming weeks and months. In particular, we will work to close the ‘back-door searches’ loophole and ensure that the government does not read Americans’ emails or other communications without a warrant. We will work to ensure that intelligence activities do not recklessly undermine confidence in American IT products and American IT employers. We will also continue to press for meaningful reforms of the outdated Foreign Intelligence Surveillance Court process. This should include the establishment of a strong, independent advocate to ensure that the court hears both sides of the argument.

President Obama’s speech today left many crucial questions unanswered. Now is the time for Congress to improve how it executes its constitutional oversight duties, to examine certain signals intelligence collection activities and practices, and to ensure that we are fulfilling our obligation to protect both the security of our nation and the freedom of our citizens.

Far more needs to be done to restore the faith of the American people and repair the damage done globally to the U.S. reputation as a defender of human rights on the Internet.

The president’s speech was empathetic, balanced and thoughtful, but insufficient to meet the real needs of our globally connected world and a free Internet.

If there’s a lack of public trust in U.S. technology companies, that impacts the ability of these companies to sign new customers, keep existing customers. So it’s both a public trust issue and it’s an impact to the bottom line issue. . . . In a way, the nation isn’t necessarily secure if it’s not economically secure.

In sum, President Obama’s new reforms offer some hope, but little change. If, as the President suggested, the most controversial program was the collection of phone records, then today’s news is reassuring. The collection of bulk phone records is on the cusp of real and lasting reforms, far beyond the illusory reforms many were predicting. But for those who were more concerned with the NSA reading emails or monitoring web browsing, the president offered surprisingly little.

Neither the speech nor the directive addressed PRISM or the tapping of private company networks at Google and Yahoo. Long-standing issues like national security letters received some instructions for future reform, but only after a process of negotiation with the FBI and with no assurance that they would see greater oversight. The NSA will continue its quiet war against encryption tools. Even the promised progress is only a first step, a seed of reform which could easily perish in a hostile legislature or an unresponsive bureaucracy. The next test will come when intelligence agencies respond to the proposals, and Congress moves forward with existing bills for FISA reform.