Mayor Garcia’s Vision of a Tech Hub Faces Challenges,
But Could Give Overlooked City Attention 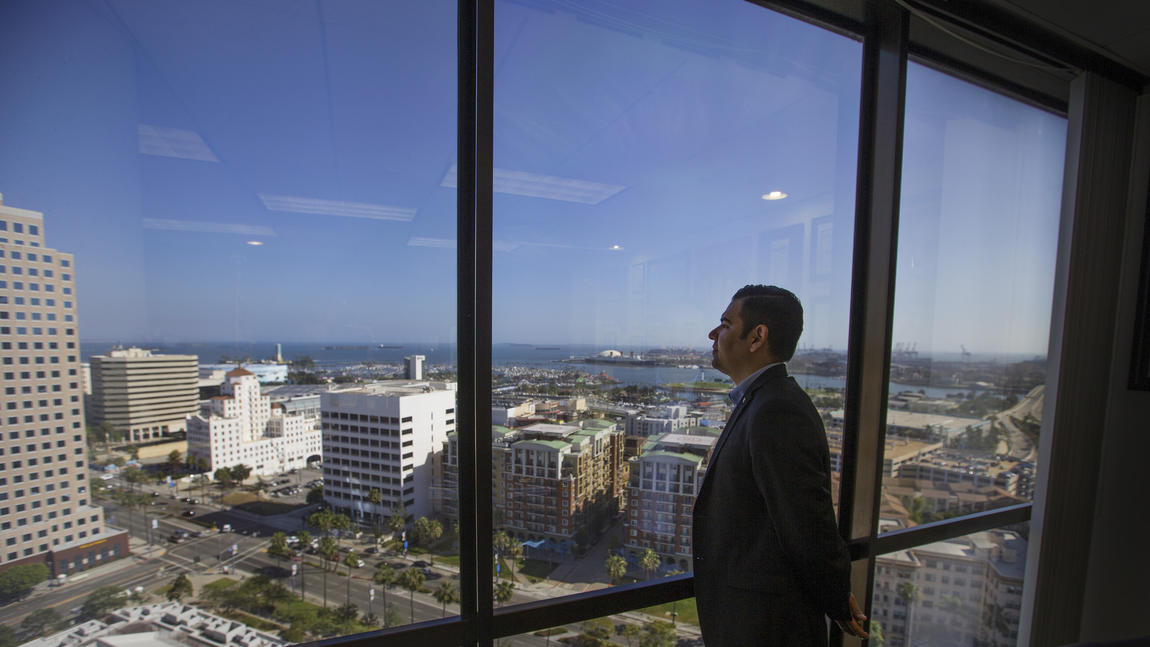 In earlier decades, the city’s character was easier to define. It was an oil town, a Navy town, an aerospace space. But the derricks vanished, the Navy sailed off, and Boeing is closing its C-17 plant.

Now, as Long Beach gropes afresh for its identity, the mayor of this famously blue-collar town is arguing for what seems an unlikely vision: Long Beach as high-tech hub, a world-class mecca of innovation, an incubator of cutting-edge entrepreneurship.

Or, as he likes to put it: “The Silicon Valley of the south.”

I lived in Long Beach from 1998-2002 before moving north to Santa Monica.  The city certainly has a lot to offer and it is hard to beat our location in Belmont Shore where we lived one block from Alamitos Bay, one block from the Pacific Ocean and two blocks from a half-mile strip of restaurants and shops .

But as the LA Times article explains

What it doesn’t have — with exceptions such as the electronics firm Epson and the software company Laserfiche — is a conspicuous tech sector.

That ultimately is what drove our move north.  In post-DotCom bust Southern California, opportunities were either north of LAX or south of John Wayne Airport which meant longer and longer commutes from Long Beach.

Long Beach does have some things working in its favor, which include

At the same time, however, Long Beach is very much in the shadow of the much larger Los Angeles and cannot compete with it in terms of culture, but then again neither can Irvine or San Jose.

Long Beach generally is more affordable than its neighbors, but it does not compare as favorably in the areas of education and crime.

Tech hubs often rely on an elite school to feed the talent that will spur the innovation and growth.  Of the 8 biggest cities in California (Los Angeles, San Diego, San Jose, San Francisco, Fresno, Sacramento, Long Beach, Oakland) plus Irvine – only Fresno and Long Beach lack a UC university and an elite college.  Long Beach must rely on the respected, but hardly elite, Long Beach State.

Recently, however, Virgin Galactic announced that it will build satellite launchers at a facility near the Long Beach Airport. This combined with the Mayor’s efforts may have the effect of at least making Long Beach part of the discussion. Particularly, as the boom in the nearby Silicon Beach and Orange County tech communities may have some spill-over effect for Long Beach.

One thought on “Silicon LBC? Mayor Garcia’s Vision of a Tech Hub Faces Challenges, But Could Give Overlooked City Attention”