Harris has also launched a website that provides information to victims (including the Infographic below), law enforcement and businesses on what they can do to combat Cyber Exploitation.  The announcement comes just as Governor Brown has signed two new bills fine tuning California’s Cyber Exploitation Laws to permit a law enforcement to seek a search warrant and forfeiture for such materials despite the fact that it is only a misdemeanor; and allowing court to exercise jurisdiction where the victim resides.  Specifically, the new law adds a new Section 647.8 to the Penal Code that provides in part that:

Accompanying Harris were University of Maryland Professor and victim’s advocate Danielle Citron (author of Hate Crimes in Cyberspace); John Doherty, General Counsel of TechNet and a representative of the Los Angeles Police Department.  Citron praised Harris for her efforts and hoped that California’s actions would become a model for other states.

The full press conference is available below. 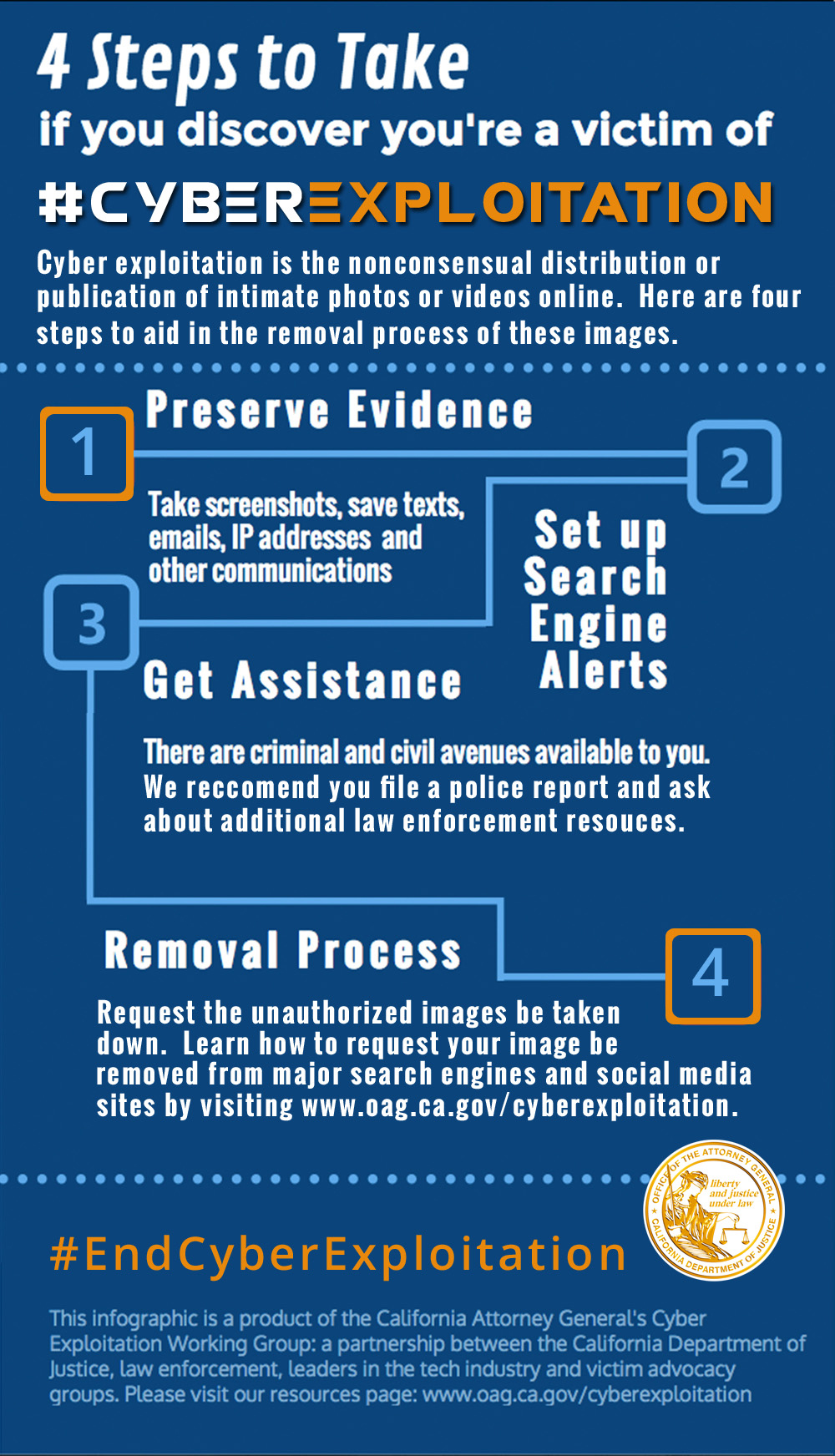