Freedom House released its Freedom of the Net 2015 report, finding that “internet freedom around the world in decline for a fifth consecutive year as more governments censored information of public interest while also expanding surveillance and cracking down on privacy tools.”

Among its key findings were that:

Iceland, Estonia, Canada, Germany and the United States were the top 5 countries for internet freedom, with China, iran, Syria, Ethiopia and Cuba ranked the worst.  The report viewed the U.S. adoption of net neutrality rules favorably, but also cited attempts at backdoors to encrypted technology and the arrest and intimidation of online journalists filming police interactions in Ferguson, Missouri. 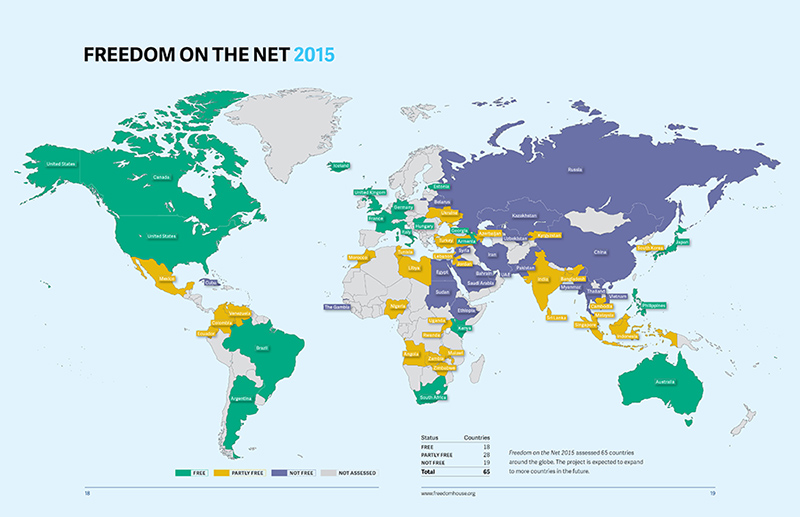